A time for great hope and prosperity, the fall of the Gaddafi regime in 2011 promised much for the Libyan people. However, after a short period of peace and improvement, the country fell into civil war once more. Perhaps the worst hit by these proceedings were women, who had played a significant role in the 2011 revolution where they were at the forefront of street protests with their male counterparts.  In addition, it was these very same women who also opened kitchens to feed the Libyan army 24 hours a day in a tireless effort to help bring down the regime.

Although Libyan women’s active engagement in the revolution empowered their political and social status, the chaos and dysfunction of the post-revolution era led to backsliding in women’s rights much to the international community’s dismay.  Furthermore, the absence of Libyan women at global peacebuilding summits has been felt so keenly by the international community, it has heralded the instability and lack of progress being made by Libyan society after the 17 February revolution.

Indeed, just after the first revolution, the education profile of women in Libya indicated a generally well-educated female populace with absolutely no gender gap in higher education. Speeding forward to 2021, women now face practical restrictions in their ability to participate in the workforce and education. This comes in the guise of restricted freedom of movement where women in Libya remain homebound in their daily activities, unable to leave their houses without permission or fearful of sexual-based violence meted by local militia and the general male populace.

In contrast, many Libyan men believed at the time of the first revolution that women’s rights and freedoms would improve under a new government and sharia law, a law steeped in tradition that has ultimately skewered women’s rights in the law courts and everyday life. In truth, Libyan men themselves are living a fragile freedom, unable to even travel cross-country without the coordination of wrangling factions or the use of governmental buses, with the raised incidence of sexual violence against women increasing the ferocity of the conflict, providing horrendous living conditions for those living in Libya.

Never has this crushing devolution within Libya been so poignant as we celebrate International Women’s Day, a day that not only raises awareness for those women struggling against oppression and misogyny the world over but also celebrates the female spirit under such insurmountable odds.

Presently, LYBOTICS is making a positive change in the lives of many Libyan girls and women all over the country. Determined to innovate Libya, LYBOTICS has been helping girls to develop their skills and confidence via their science program. Above all, it is hoped the inclusion of female students in the project will help raise awareness and improve the lives of Libyan women on a national level.

Against great odds, the LYBOTICS organization has managed to build two all-girl robotics teams in spite of initial resistance from the families of the girls first involved in the project.  Resolved to give Libyan girls opportunities they would otherwise miss out on, LYBOTICS aimed to empower girls through their STEM program. Nevertheless, in the beginning, girls would be pulled out of the program by chagrined relations. Until finally, change was affected by the organization as slowly more and more girls stayed in the program.  As a result, the gender-based landscape of Libya was forever altered.

Now, the girls can mix with people they would not normally meet and receive support from specialist mentors, they may not normally have access to. The program also promotes core values such as cooperation and team-work, developing strong female leaders of the future, ensuring that all of Libya’s potential is tapped into.

In a sure sign that the program has already broken uncharted ground, the girls are currently enjoying a copious amount of support and excitement on a grassroots level. In many areas, there is growing support and awareness for girls leading teams and building robots in the LYBOTICS program.  Moreover, the all-girls robotics teams in the LYBOTICS program have lots of exposure on social media, where they are highly popular, gaining high viewing statistics on the videos they produce and share. To add to this, the female participants in the LYBOTICS project are also fundraising for their tournament, imparting independence and confidence in the girls.

Consequently, this has promoted assurance in the female contributors regionally, showing that Libyan girls are just as competent as their male counterparts, as they perform community outreach programs with the help of LYBOTICS to raise awareness.  Certainly, as International Women’s Day affects more gender equality, the accomplishments of the female LYBOTICS teams will help to evolve girl’s and women’s rights across Libya. And by extension, this will hopefully aid in the stabilization of the country, bringing women back to the peace-building process, allaying the fears of many international bodies and organizations, as well as providing a better future for the women of Libya.

As aforementioned, the conflict within Libya has greatly affected living conditions, and gaining charitable donations has been incredibly difficult for all non-profits within the country. Therefore, your support is desperately needed to provide funding to help launch the LYBOTICS tournament where the children will showcase their feats of engineering, meet each other face-to-face, and hopefully gain larger sponsorship. It is in this way LYBOTICS hopes to inspire the Libyan Ministry of Education to help run the program and expand it to reach even more children next season.

Please donate what you can to the children currently engaged in the program via the LYBOTICS Patreon page.

If your company is interested in sponsoring the upcoming tournament or any community outreach events run by the children the non-profit can be contacted via email at info@Lybotics.com or by phone at +218 94 579 8487.

Michelle Petersen is the founder of Healthinnovations, having worked in the health and science industry for over 21 years, including medical and scientific posts within the NHS and Oxford University. She has held positions in the field working in private, non-profit, and academic laboratories where she taught Oxford undergraduates the spectrum of biological sciences integrating physics for over four years. 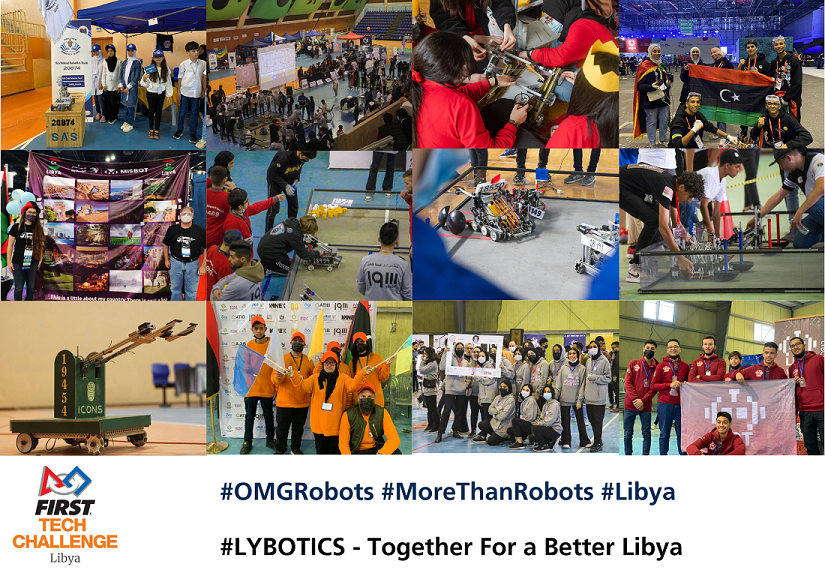 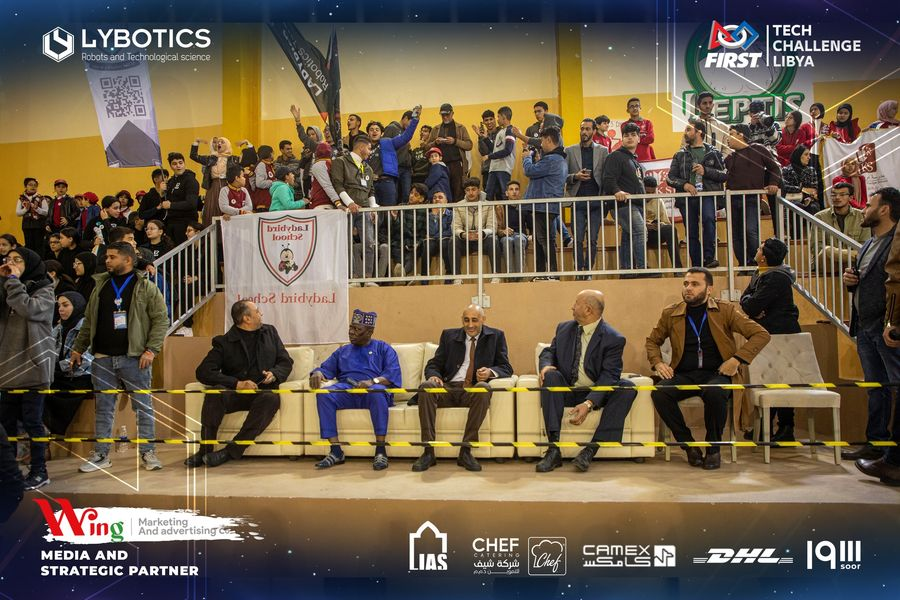